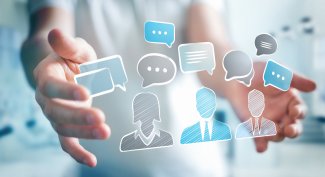 Romania, Finland and Croatia, the recently concluded Trio Presidency of the Council of European Union, leverage their experience with EU Presidency Translator (PresidencyMT) as a successful proof of concept to further explore the capabilities of language technologies.

During the 18-month Council programme, the trio shared a common challenge of dealing with massive amounts of multilingual information and faced a daunting demand for quick translations. With the help of European Commission’s Connecting Europe Facility (CEF) eTranslation Building Block and Tilde, the trio was able to tackle these challenges with Presidency MT - an AI-powered secure translation platform which provides text, document, and website translations in all 24 official EU languages. The EU Presidency Translator quickly became a go-to source for Presidency staff, delegates, translators, journalists and visitors, who collectively translated over 79 million words in 6.5 million sentences. For a single human translator, such a workload would take more than 150 years to complete.

In an era of constant content creation, there is an urgent need for machine translation that stretches beyond the scope of EU Presidency. People from all three countries are continuing to actively use the tool even today. For instance, the European Institute of Romania, operating under the authority of the Government and coordination of the Ministry of Foreign Affairs, is responsible for translation as well as linguistic and legal revision of the case-law of the European Court of Human Rights. They are relying on Presidency MT to process large volumes of translations while ensuring consistent use of correct terminology, which is crucial in such cases where coordination of the translations is carried out at a national level. 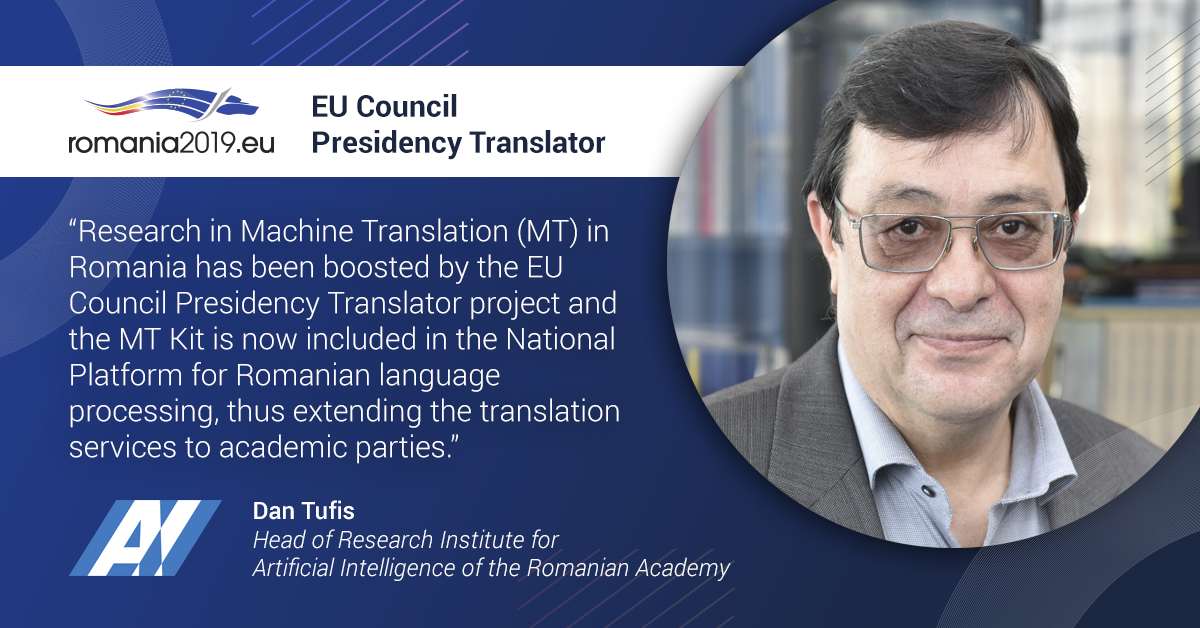 Dan Tufis, head of Research Institute for Artificial Intelligence of the Romanian Academy: "Together with the European Institute of Romania, we have generated an increased interest of Machine Translation in the public sector, which is great, because language technologies can really open up new possibilities in overcoming language barriers and providing multilingual information inclusiveness.”

Translators in Finland were also quick to adapt Presidency MT in their daily workflow, and many have expressed their hopes that MT will continue to emerge beyond translation industry. Since Finnish Presidency, there has been an increased interest from public sector in this technology. For example, the Statistics Finland, Finnish Public authority, which produces the vast majority of Finnish official statistics, have fully integrated MT into their workflow, which has helped them to optimize and improve efficiency. 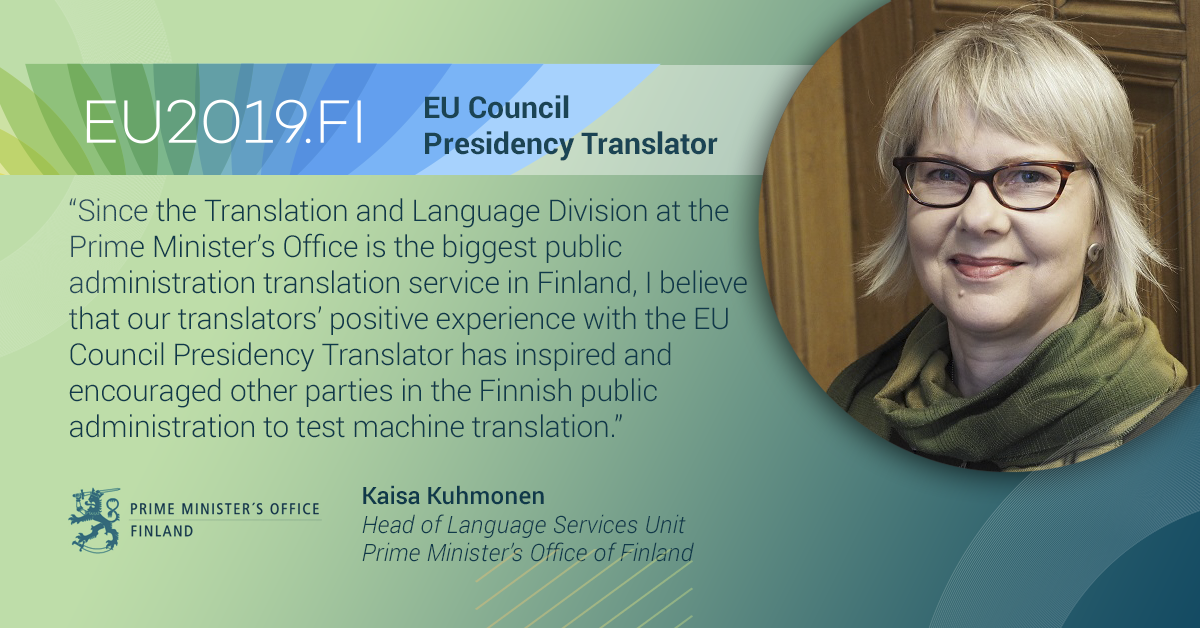 Kaisa Kuhmonen, Head of Language Services Unit for the Prime Minister’s Office of Finland: “In addition to being a useful tool for translators, MT is also a huge opportunity for a bilingual country such as Finland to create an ecosystem of secure multilingual information access and exchange. In order to take full advantage of MT capabilities, we are about to launch a new project to expand the use of MT in the Finnish ministries.”

EU Presidency Translator was also highly appreciated in Croatia, as it was the first-ever custom neural machine translation (NMT) solution for the Croatian language. Translation volumes were increasing every month, especially with the Covid-19 pandemic which forced many to stay at home, thereby increasing the need for services provided by the platform. 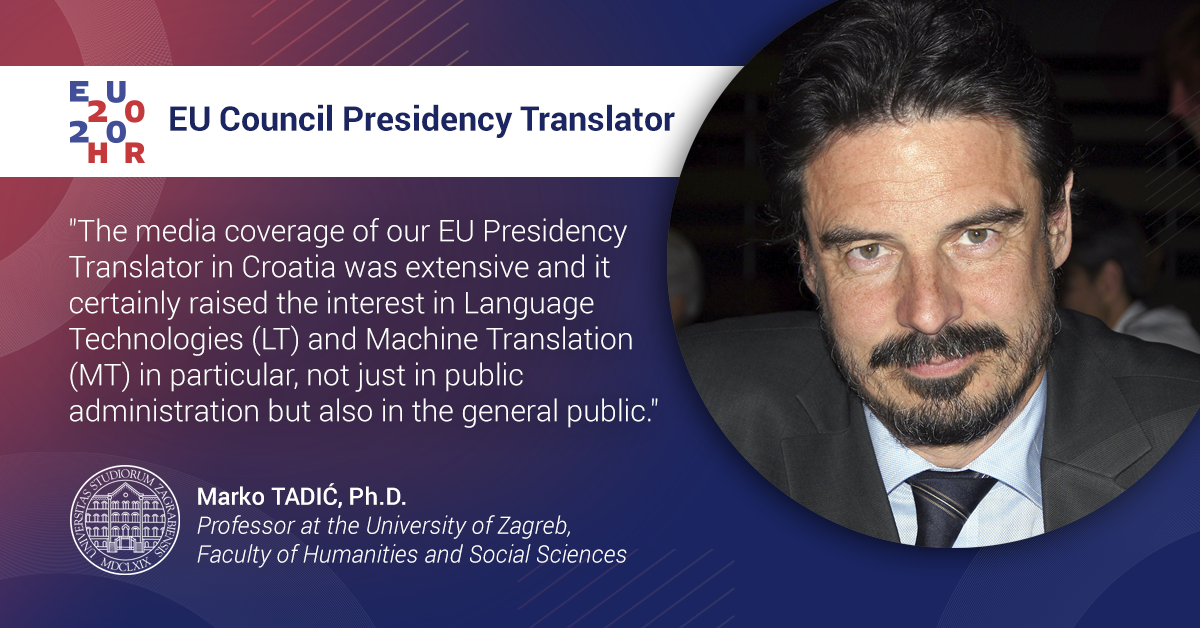 Marko Tadić,  Ph.D. from the  Faculty of Humanities and Social Sciences in Zagreb observed that “All that happened in spite of the COVID-19 outbreak that disrupted many of our plans, so we had to adapt on the run. However, the Central State Office for the Development of the Digital Society, a governmental agency responsible for eGovernment development in Croatia has joined forces with my research team from the Faculty in an EU-project proposal in order to contribute to the building of the Croatian national LT portal. It will be publicly available and serve not just the public administration, but also education, business, and any other area of activity in need of LT and MT. The magnitude of these needs we can’t even entirely predict yet, but we are confident that we are setting the proper foundations to meet them in the future.”

Neural machine translation technology has proved itself as one of the driving forces in powering multilingualism in the digital age by providing efficient and quality cross-lingual communication. The Presidency MT has helped to fast-track language technology uptake in the public sector and this trio is taking the lead in further implementing language technologies in their public administration to drive innovation and ensure multilingual information inclusiveness.

Artūrs Vasiļevskis, Head of Machine Translation Solutions at Tilde said that “there is an undeniable need in the public sector for secure language technologies which foster and enrich language diversity while providing instant translation support. We take great pride in supporting EU Council Presidencies and helping to connect multilingual Europe with AI-Powered language technologies.”

The EU Council Presidency is currently held by Germany, which has followed the footsteps of Romania, Finland and Croatia by adapting the best practices of EU Presidency Translator. Germany has also expanded PresidencyMT offering, by implementing on the fly website translation functionality in the official website of the German Council Presidency, which allows visitors to browse the site in any of the 24 official EU languages. The EU Presidency Translator has and continues to strengthen linguistic diversity by providing effective and highly appreciated tools to cross language barriers.